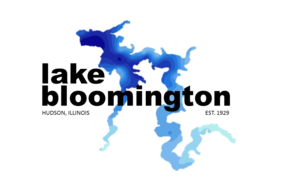 The Hinthorn Chapel was built in the early 1900's and is where children of the community met for Sunday School. The white frame building is located on Ron Smith Memorial Highway - about one mile west of the East Bay Camp. Services are no longer held there.

The most remarkable feature of this country chapel is a 14' X 7' wall mural of "The Last Supper," which was painted in 1914 by 19 year old George M. Swan. One of the loveliest, most tranquil cemeteries anywhere with stones as early as 1840 is located behind the chapel.

The Baumgart Chapel is located in a beautiful wooded area, 3/4 of a mile east of East Bay Camp. The Chapel was built in 1868 and was originally the Gregory church - located on what is now the southwest corner of the intersection of 2700 N and Gridley Road.

Around 1945 the building was moved to its current location and restored. The building was re-dedicated as the Herman C. Baumgart East Bay Chapel in 1964.

Every summer, the Congregation of the Good Neighbor holds as series of Sunday morning worship services in the Chapel, conducted by area churches for campers and lake area residents.